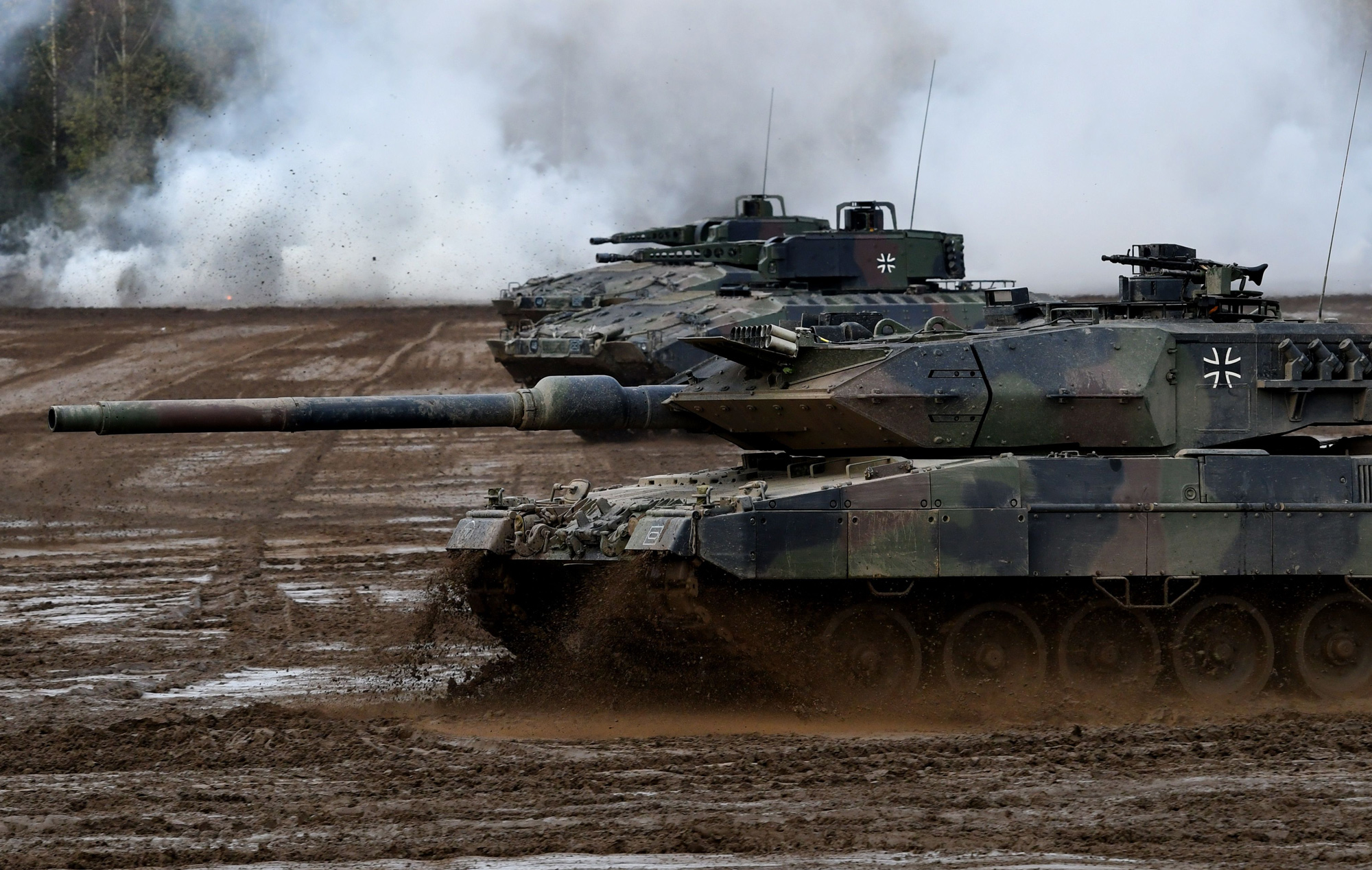 On the front page of the press, this Wednesday, January 25, the expected announcement from Germany, which would be about to agree to deliver its Leopard tanks to Ukraine, and from the United States, which could quickly formalize the dispatch of Abrams tanks. Social unrest in Germany and Tunisia. And news from our friends the birds, from the French gardens in Bombay, India

Receive the France 24 press review every morning on your iPhone or any other mobile. And also always on your PC by becoming a fan on Facebook…

On the front page of the press, the expected announcement of Germany, which would be about to agree to deliver its Leopard tanks to Ukraine.

After months of debate and pressure, Chancellor Scholz has finally agreed to respond to kyiv’s request – in any case, this is what several German media have been saying since yesterday, including Der Spiegel, which announces that “the decision is taken”, and that the German government will also allow the export of Leopard tanks belonging to other countries, including Poland. According to the Frankfurter Allgemeine Zeitung, the Netherlands also plans to provide Ukraine with 18 Leopard 2 combat tanks, leased from Germany, following in the footsteps of Poland, but also Finland and in Portugal.

This announcement comes at the very time when the American press announces, for its part, the decision of the Biden Administration to send “a significant number of Abrams M1 tanks to Ukraine” – a decision which could be formalized today, according to The Wall Street Journal, which talks about thirty tanks. A figure confirmed by The Washington Post – which nevertheless specifies that it is “unlikely” that the American tanks will arrive next spring, when Ukraine will launch its counter-offensive to try to retake the territories occupied by Russia.

In the United Kingdom, The Guardian evokes the “historic decision” of Berlin to send its tanks to Ukraine, while The Financial Times presents the “late concession” of Germany, “apparently in concert with the United States”, as “an important boost to kyiv’s war effort”. The Italian newspaper La Repubblica speaks of a “turning point”, an “escalation” in this conflict, in the face of which the White House could not let the governments which feel most threatened by Russia “lose confidence in the NATO shield or – even worse – decide on autonomous lines of action”. La Repubblica nevertheless warns that Ukraine’s counter-offensive “will not be easy”, as the Russians have had time to set up a “triple defensive barrier” and can now count on the approximately 300,000 reservists recently mobilized.

Moscow can also count on the fighters of the paramilitary group Wagner, whose boss, Evgueni Prigojine, is the subject of an edifying investigation by the Financial Times. The British daily tells how his good and loyal service to the Kremlin enabled him to win a whole series of concessions, which made his company a mining multinational engaged, according to the American government, in the trade of gold, diamonds , oil and timber through Syria, Sudan and the Central African Republic. These activities have caused Prigojine to find himself in the crosshairs of Western governments, whose sanctions he is trying to circumvent by calling on prestigious law firms in London and Washington, criticized in turn for having agreed to “represent a gangster who attempts to use Western courts as a tool of asymmetric warfare, for the benefit of the Russian state”.

A word, also, of the start of the social school in Germany, where negotiations between unions and employers on public sector wages began yesterday. We talk a lot, in recent months, social offspring in France and the United Kingdom, but the phenomenon also develops across the Rhine, according to international mail, which reports a possible “blockage” and “difficult times To come to Germany, where postal workers have already been on strike for wage increases since last week.

In Tunisia, the UGTT union center calls for a general strike in 48 -hour transport, from today. Time recalls that the country has experienced a succession of strikes since the beginning of the year. The French daily newspaper L’Humanité evokes a social movement “to oppose the blackmail of the IMF”, whose Tunisia awaits aid of $ 2 billion, “in a high -tension political context”, with the second round, Sunday, Legislative, at the end of which President Kaïs Saïed would intend to “put the final touch to a system which grants him all the powers, in the wake of his coup of July 25, 2021”, according to Huma.

We do not leave it on this. Before saying to you tomorrow, I wanted to share with you the very beautiful photo of a female peony bouvreuil on a bay of Sorbier – a delicate shot retained by Le Monde to illustrate the assessment drawn up at the end of one of the most important Participatory science programs for the general public: the census carried out by thousands of volunteers in nearly 100,000 gardens in-Travers in France. According to this census, 41 % of observed bird species have seen their workforce decrease in the spring, over the past 10 years – fewer and fewer black hikes, blue chicks or Bouvreuils peony.

On the other hand, some species are more numerous in winter: necklace parakeets, tours choucas and ramy pigeons. Very far from the French gardens, in Bombay, India, one of the most populous cities in the world, they are flamingos that are now breaking every winter. A recent phenomenon, according to international mail, which tells how the growth of the city, in the 1970s and 80s, led to an increase in the volume of wastewater and untreated, which in turn promote the proliferation of algae, main Figure of flamingos. Transforming Bombay into a huge pantry for waders.

This article is originally published on france24.com