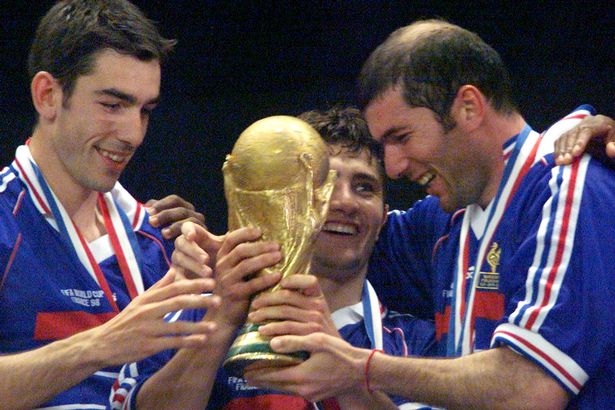 On the sidelines of a charity match in Monaco on Monday evening, Robert Pirès returned to recent rumors of division among the former France 98 to ensure that they remained united.

Widely commented on in the press last week, the dinner between former France 98 took place this Monday, to evoke in particular the escapades of Noël Le Graët. If Robert Pirès was absent, already engaged in a charity match in Monaco, he did not fail to comment from the Rock on the rumors around the group of former world champions. Starting with those on potential tensions between Didier Deschamps and Zinedine Zidane, against the backdrop of the battle for the position of coach of the Blues.

“What I can say is that there is not really a fracture, assured the former Arsenal midfielder. It is sometimes difficult to meet all the requests, now you just have to respect those who don’t. Today, there was a France 98 dinner in Paris, but I had already given my agreement in Monaco. Some have decided to take another direction, that’s how it is. happens, we remain united, we remain a family, we have created something unique around France and it must not disappear.” In Monaco, Pirès was able to play alongside Youri Djorkaeff, Vincent Candela and Didier Deschamps, who also missed dinner.

We Had a Good Laugh When we Saw Certain Statements

Even if the elders have therefore once again failed to meet all together, Pirès wanted to dispel any misunderstanding about a possible malaise within the group. “I do not know who launched this word rivalry between Didier and Zizou, reacted Pirès. But after that we are used to the press. In 98, everyone said that we would not be world champions, at the arrival we know the story. As Christophe Dugarry said, there is a WhatsApp group that was created with the players, I can tell you that we had a good laugh seeing some statements. I can assure you that we stay united.”

A few days before dinner, however, Emmanuel Petit, the instigator of these reunions, regretted the absence of Deschamps. “I am convinced that there are a lot of people who will not come, he had lamented. What we all do together for five years, becoming world and European champions, where we dominated the world whole, we can’t take it and throw it away. We can’t pretend that there’s a friendship that seals us through the titles won, it has to go much further than that. It’s beyond us all and it affects all French people.”

This article is originally published on rmcsport.bfmtv.com