The best places to eat churros with chocolate in Barcelona 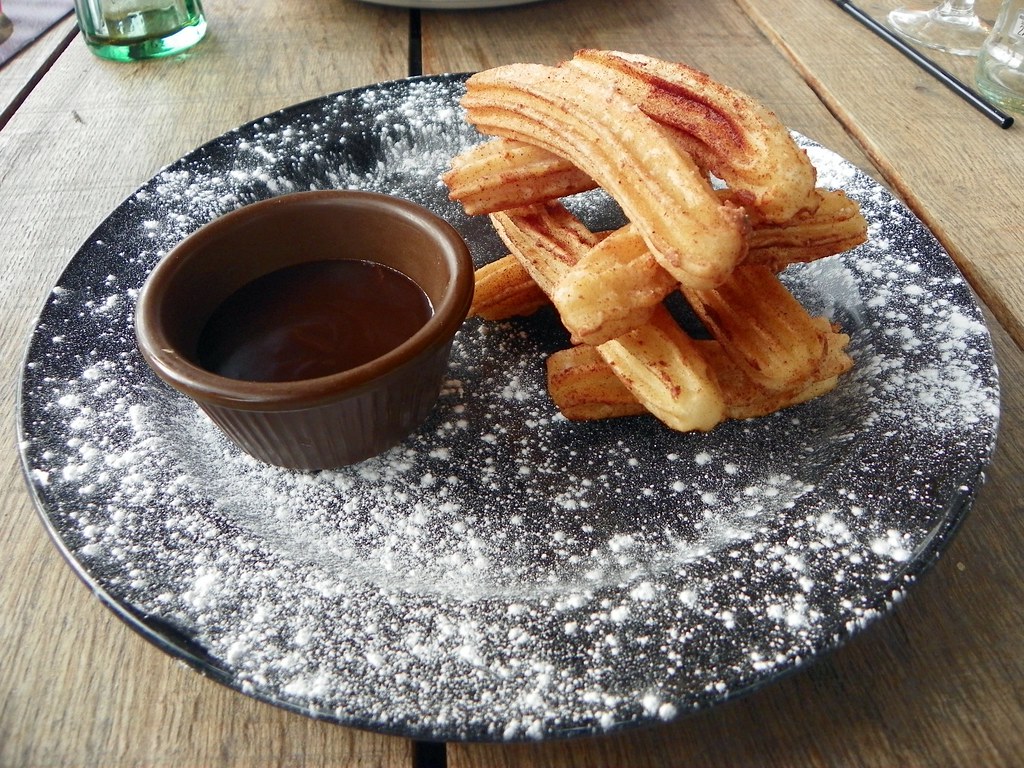 No matter how much our arteries are full of nougat, polvorones and seafood, it is churros with chocolate. Faced with deep reflections on the reason for life, the nonsense of existence and the catastrophic future of the planet that assail you in bed in the morning, sometimes the reason for waking up is simpler, some churros with chocolate and getting out of the sheets. Here are some of the best in Barcelona.

Petritxol street in Barcelona, ​​hidden in the middle of the Gothic as if it had been anchored to another time, is the traditional place for chocolate in the city and the Dulcinea farm is one of the most emblematic. Founded in 1941, it offers one of those thick chocolates that one dreams of, and also an incredible Swiss (chocolate with cream). We know that the headline of the news talks about churros and they are very good, but if you want to replace them with melindros or croissants, maybe this is a good place to do it.

A few minutes from Dulcinea, also on the mythical Petritxol street, the Pallaresa farm is another of Dulcinea’s mythical and toughest competitors. Founded in 1947 on the hotel 1898 (of the same year), it also offers that magical sensation of going through the door and entering a Christmas tale from another era.

If the Dulcinea farm allows you to travel back in time, there are few options more connected to its times than the Tiktoker churrero. Located in Els Encants, its sales have skyrocketed at the rate that its likes have also increased on the networks, with more than 300,000 followers on Tiktok. As he explained in the daily Ara, the churrería was opened by his father in the 1960s, when several came from Valencia and opened churrerías. Ideal for the churros with chocolate of a lifetime.

A little further from the city center, the churrería del barri is a clamor on Google, with 4.4 stars among 1,800 reviews. “The best churros with chocolate in Barcelona” is a phrase that is repeated on numerous occasions.

Back in the city center, Laietana still beats Sant Andreu on Google with an average of 4.6 stars after more than 2,000 reviews. Although it is in the heart of Barcelona, ​​it maintains the essence of a place of a lifetime and prices that are much more affordable than the Petritxol options, whose glamor and tourist attraction end up noticing in the bill.

This article was originally published on Código Nuevo