Francesco Giorgi & Panzeri received 50,000 euros from Morocco for every resolution they blocked 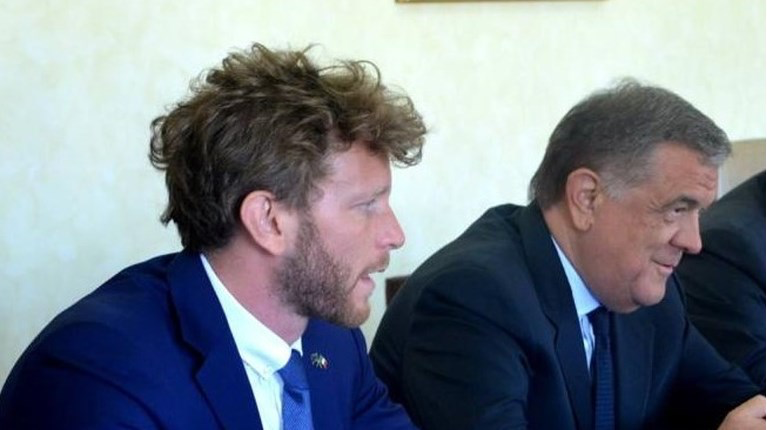 The Belgian newspaper De Standaard describes the manner in which “the Panzeri circuit ” and the Italian former MEP himself in favor of Morocco, apart from Qatar , operated and moved, stating that for every “for every resolution against Morocco that could to block in the European Parliament, the group around Pancheri and Giorgi would receive the amount of 50,000 euros”.

Two Dutch Rif activists sit in the foyer of the European Parliament in Brussels, June 5, 2018. For weeks they have been fighting for the Sakharov Prize, the European award for human rights defenders. They want to nominate Nasser Zefzafi, the Moroccan protester who in favor of Rief and who has to pay for it with twenty years in prison. Now they can present their candidate to MEP Pierre Antoni Panzeri, the chairman of the human rights committee. “We heard you had to be with him to draw attention to a nomination,” said Jamal Ayau, a spokesman for Rif activists,” the Standaard article begins.

He goes on to say that “an assistant of Panzeri comes to pick up the men: Francesco Giorgi (partner of the now-imprisoned Greek woman, then vice-president of the European Parliament, Eva Kaili). He wants a preliminary interview before the appointment. In an intermediate space, before say a word, Georgie asks, according to the men: “Is there any idea of ​​withdrawing the nomination?” This may be better for your situation.”

According to the newspaper, Giorgi explains that such a large honor for Zefzafi would not go down well with the Moroccan authorities, who would take even tougher measures in the Rif region, so Giorgi told them that it might be better to stop lobbying.

In early December 2022, it became clear that Belgian police had been investigating the bribery of MEPs from Qatar and Morocco for months. Pancheri and his assistant in particular are said to have played a key role in Morocco’s operations to influence European politics, it said.

Pancheri is also reported to have been an “influential player” in the social democratic group in the EP he was in for three terms. As a former trade unionist, when he took office in 2004, he initially focused mainly on workers’ rights. In 2009 his attention turned to foreign affairs. He chaired the delegation for relations with North African countries. At the same time, it is reported that given that Antoni Panzeri only speaks Italian, communication was difficult and Francesco Giorgi also had the role of interpreter.

The newspaper reports that in 2017, the Italian also chaired the Human Rights Committee, which will allow him to exert a great influence on the agenda of the European Parliament. “In this role, he deftly diverts attention from Morocco: human rights violations around the world have his attention – except for those in Morocco. In 2017, for example, Pancheri drew attention to the humanitarian situation in Yemen , the violent outbreaks in Burundi and the persecution of LGBT people in Chechnya, but not the protesters and journalists who were being widely detained by Moroccan authorities at the time.” is highlighted.

It is additionally underlined that when MEPs tried to put resolutions on the situation in Morocco on the agenda, they were always delayed by Pancheri.

Portuguese former MEP Ana Gomes, who was active in the same group as Panzeri from 2004 to 2019, speaks of “smart tactics”. “He never boasted of his good relations with Morocco, but rather tried to extract the attention”.

In leaked diplomatic documents, Antonio Panzeri is described by the Moroccans as an ally, able to “fight the growing activism of our enemies in Europe,” De Standaard adds.

Activists from the Netherlands also notice something is amiss after talking to Panzeri about their lobbying for the Sakharov Prize. Through other MEPs, they still manage to gather enough votes to nominate Nasser Zefzafi. He is among the final three candidates. Then they get a phone call.

“We were just sitting in a seafood restaurant in Brussels when an MEP called because Pancheri’s assistant was looking for us. We had to go immediately, Panzeri wanted to talk to us,” says Jamal Ayau. As the men return to Parliament, they are met by four unknown men. Two Moroccans, two Italians. “They said they were coming to pick us up for the meeting with Panzeri. On the way they asked which politicians we had already talked to,” Ayau adds.

When they reach the parliament building, the unknown men do not enter. Disappear. “They tricked us,” Ayau says. “It turned out that there was no appointment at all. These men had asked us about our contacts. But it was Pancheri’s assistant (Georgi) who lured us there,” he adds.

Morocco has been in close contact with Panzeri for years.As early as 2013, Moroccan diplomats consulted him on the vote in the European Parliament, according to diplomatic documents previously leaked to what is known as the Moroccan version of Wikileaks. In 2014 and 2015, an anonymous hacker using the pseudonym “Chris Coleman” released a large portion of state secret documents from Morocco. In the documents, Pantcheri is described by the Moroccans as an ally, able to “combat the growing activism of our enemies in Europe”. According to the cables, he adopts a smart attitude, sometimes taking a critical position, but ultimately he would help push pro-Moroccan proposals through parliament. Like a fisheries deal that parliament has to vote on in 2013,

There are no payments in the leaked documents, the paper said. It is part of his job that an MEP has contact with foreign diplomats who try to persuade him. But in the alleged corruption case, the line between lobbying, influence and bribery would have become increasingly blurred. This would happen, inter alia, in the context of a special committee made up of Moroccans and EU parliamentarians, with the aim of strengthening cooperation. Pancheri led this committee until 2019 together with Moroccan diplomat Amopderahim Atmoun. Belgian justice is suspected of bribing Panzeri, according to court documents, the article said.

In a 2018 interview with a Moroccan newspaper, Atmoun explains how important this committee is to the Moroccan lobby. It gives Morocco direct access to MEPs, who are then persuaded. Atmoun explains why Morocco puts so much energy into influencing these politicians: “All negotiations between Morocco and the European Union end at the voting table of the European Parliament. This is the most difficult step in the process. That’s why the constant our presence in parliament is essential for our efforts to succeed.”

Through the commission, Moroccans were able to “canceple” 147 European amendments that were against Moroccan interests that year, Atmoun says in the interview, according to De Standaard.

EU records show that several amendments were indeed rejected in 2018, concerning a file that is “at the top of the priority list” for Atmun: Western Sahara.

At the same time, it is reported that regarding specific important resolutions “difficult MEPs receive a letter from the Moroccan ambassador asking them to withdraw specific amendments on Western Sahara, saying they are “unconstructive”.

For every resolution against Morocco that could be blocked in the European Parliament, the group around Pancheri and Giorgi would receive the sum of 50,000 euros.

At the same time, it is noted that after leaving the European Parliament in 2019, Panzeri remains active behind the scenes. He founded the Brussels NGO Fight Impunity to lobby for human rights. In fact, the NGO serves as a cover for bribes from Morocco and Qatar, the article points out.

“He had a whole clique behind him,” says Kati Piri, at the time a member of the Social Democrats’ European group. ” Panzeri was gone, but his former associates were still in parliament.” Among them is Giorgi, who will work for the Italian MP Andrea Coccolino and begins a relationship with Greek MP Eva Kaili, the newspaper notes, adding that Kaili has since been arrested and the federal prosecution has requested the lifting of Coccolino’s immunity.

Finally, De Standaard reports that “during a search of Pantzeri’s house in Brussels, the police found 600,000 euros in cash. His assistant Giorgi and his partner Kylie hid a total of 900,000 euros in banknotes. The trio has been in prison since early December. Their lawyers declined to comment while the investigation is ongoing.” 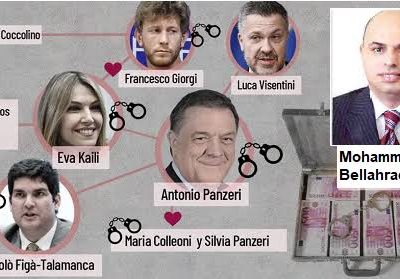 Moroccogate – When the King of Morocco honoured Panzeri