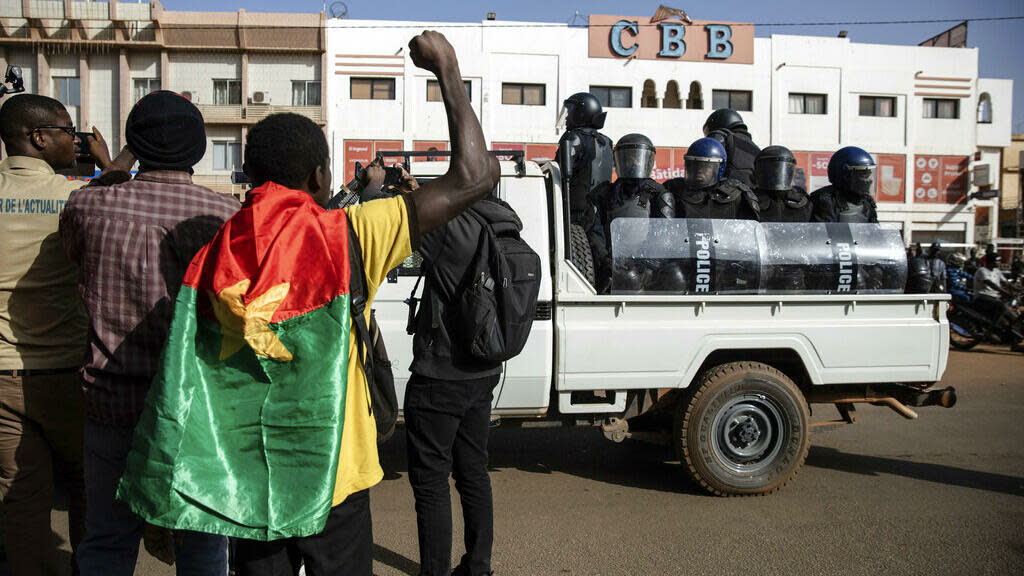 French President Emmanuel Macron on Tuesday condemned what he called a “military coup” in Burkina Faso, a day after soldiers said they had seized power in the West African country.

Macron said that France was “clearly, as always” in agreement with the West African regional grouping ECOWAS  “in condemning this military coup”.

The regional organisation as well as Western powers and the United Nations have denounced the takeover and called for the release of President Roch Marc Christian Kaboré.

Burkina Faso, where France is the former colonial power, is among five Sahel countries where French troops have been assisting local forces against jihadist insurgencies, though Macron announced plans last year to start drawing down French forces.

Speaking to parliament on Tuesday, French Defense Minister Florence Parly however said the coup in Burkina Faso, as well as an earlier one in neighbouring Mali, were no reason for France and its allies to end their security operations in the Sahel.

Kaboré has not been seen in public since his ouster but Macron told journalists on Tuesday that he was “told” that Kaboré “is not in danger of physical harm”.

The French president also voiced support for the ousted Burkinabé leader, noting that he was “elected twice by his people in democratic votes”.

‘This is what we want’

A day after soldiers on national TV read a statement by Lieutenant-Colonel Paul-Henri Sandaogo Damiba announcing the military takeover, more than 1,000 people gathered in the capital Ouagadougou on Tuesday in support of the coup.

A Reuters reporter saw a group burning a French flag, a sign of growing frustration about the military role the former colonial power still plays in the region.

Russian flags also dotted the demonstration and several demonstrators called on Moscow to replace France in the fight against jihadists. France and the US have accused Mali’s military junta of deploying mercenaries from the Russian Wagner group, which the regime denies.

“This is what we want,” said Armel Ouedraogo, one of the demonstrators. “ECOWAS doesn’t care about us, and the international community only wants to condemn.”

UN Secretary-General Antonio Guterres on Tuesday said military coups are “unacceptable”,’ calling on West African armies to defend their people rather than fight for power.

“My appeal is for the armies of these countries to assume their professional role of armies to protect their countries and re-establish the democratic institutions,” Guterres told reporters before a Security Council meeting on protecting civilians in war zones.

The UN human rights office said it was crucial to preserve democratic space in the West African nation and ensure that the rule of law is respected.

“We call on the military to immediately release President Roch Marc Christian Kaboré and other high-level officials who have been detained. We urge a swift return to constitutional order,” spokeswoman Ravina Shamdasani told reporters in Geneva.

Michelle Bachelet, the UN high commissioner for human rights, visited the country in November 2021, when she stressed the importance of preserving the democratic and human rights gains made there.

Shamdasani said that during Bachelet’s visit in November, she observed mounting frustration and impatience with the deteriorating security situation.

“In the face of the security threats and tremendous humanitarian challenges facing the country, it is more important than ever to ensure that the rule of law, constitutional order, and the country’s obligations under international human rights law are fully respected,” the spokeswoman said.

“It is crucial for democratic space to be effectively protected, to ensure people are able to air their grievances and aspirations, and to participate in meaningful dialogue to work towards addressing the many crises in the country.”