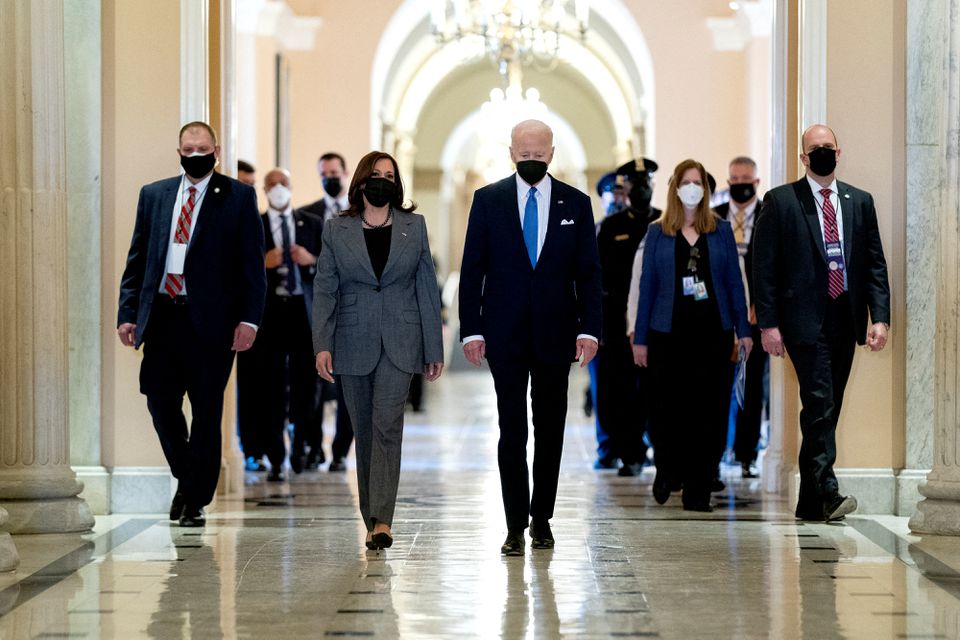 U.S. President Joe Biden has three years left in office, but some of his domestic agenda may have a much shorter clock.

The White House has a small window of time to pass any meaningful laws in 2022, including the ‘Build Back Better’ plan, Biden allies tell Reuters, before Congress shifts its attention to the November midterm elections. If Democrats in swing districts get cold feet about passing sweeping legislation as voting gets closer, the $2 trillion landmark bill that funds universal preschool and climate initiatives could be derailed entirely.

Democrats believe chances are slim they will retain a narrow majority in both houses of Congress, which allowed them to pass the $1.9 trillion COVID-19 relief bill in 2021.

All 435 members of the House are up for reelection in 2022, and one-third of the U.S. Senate, including Democrats in competitive districts in Arizona, Georgia and Nevada.

“History has shown that lawmakers are risk averse during the mid term,” says Phil Schiliro, who served as legislative affairs director under former president Barack Obama. “Some have felt they have taken enough difficult votes and they want to focus on reelection,” Schiliro says.

What that means is “the first few months, from a legislative perspective, could be the last-best chance for this administration to get anything done,” said a Biden ally.

Some congressional aides and White House allies are holding out faint hope that Biden can renew discussions with U.S. Senate Democrat Joe Manchin, a conservative Democrat from West Virginia, and pass key aspects of the Build Back Better plan.

White House officials say there has been no sign of progress with Manchin since he said he wouldn’t back the current bill in mid-December, even on a plan Manchin told Biden he could support just a month ago.

“If it doesn’t happen in the first quarter, we are cooked,” said a Democratic legislative aide involved in the discussions, referring to the first three months of 2022.

The White House is expected to detail its midterm strategy in the upcoming weeks, including more aggressive attacks against acolytes of former President Donald Trump.

The strategy includes heavy investment of time and money in competitive elections in Pennsylvania, Michigan, Wisconsin, Georgia and Arizona – all states also considered crucial to retaining the White House in 2024, according to three sources familiar with the plan.

With few potential legislative options, the White House is expected to continue to make fighting COVID and inflation a priority as Biden and other officials tour the country selling the benefits of a $1 trillion infrastructure law passed in November.

That includes leaning into more grassroots liberal issues like voting and abortion rights and gun control. While the issues may energize Democratic voters, the path forward for new laws is unclear.

While other Democrats lean on the duo to change their views, top Senate Republican suggested another approach – changing the 1887 Electoral Count Act, which allows members of Congress to dispute presidential election results when they certify them on January 6th.

After the attack on Congress by Trump supporters on Jan. 6 of 2021, experts fear the process could be at the center of a constitutional crisis over future elections.

“I think it’s worth discussing,” Senate Minority Leader Mitch McConnell told reporters, without providing specifics of what he would change. Democrats say his suggestion is insufficient because it doesn’t include plans to expand access to ballots or remove new barriers being erected by Republican-controlled states.

Biden is expected to publicly demand changes to the filibuster rule to pass voting rights legislation as soon as Tuesday, when he and Vice President Kamala Harris visit Georgia to make a push for voting rights, and make the case that he exhausted options on an issue that his base cares deeply about.

“Many policy makers, including in the White House, did not prioritize this issue early enough,” Derrick Johnson, president of the NAACP told Reuters, adding the group plans on “doubling down” on efforts to pressure Congress and the White House to act.

However, he said it may be too late. Johnson said the lack of action has the left the country in a “precarious situation” that allowed Republicans to redraw congressional districts, particularly in southern states, without any federal protections against disparate impacts to black voters.

“In addition to that, we’re looking at a midterm elections where many voices will be hampered from truly participating in the election,” Johnson said.