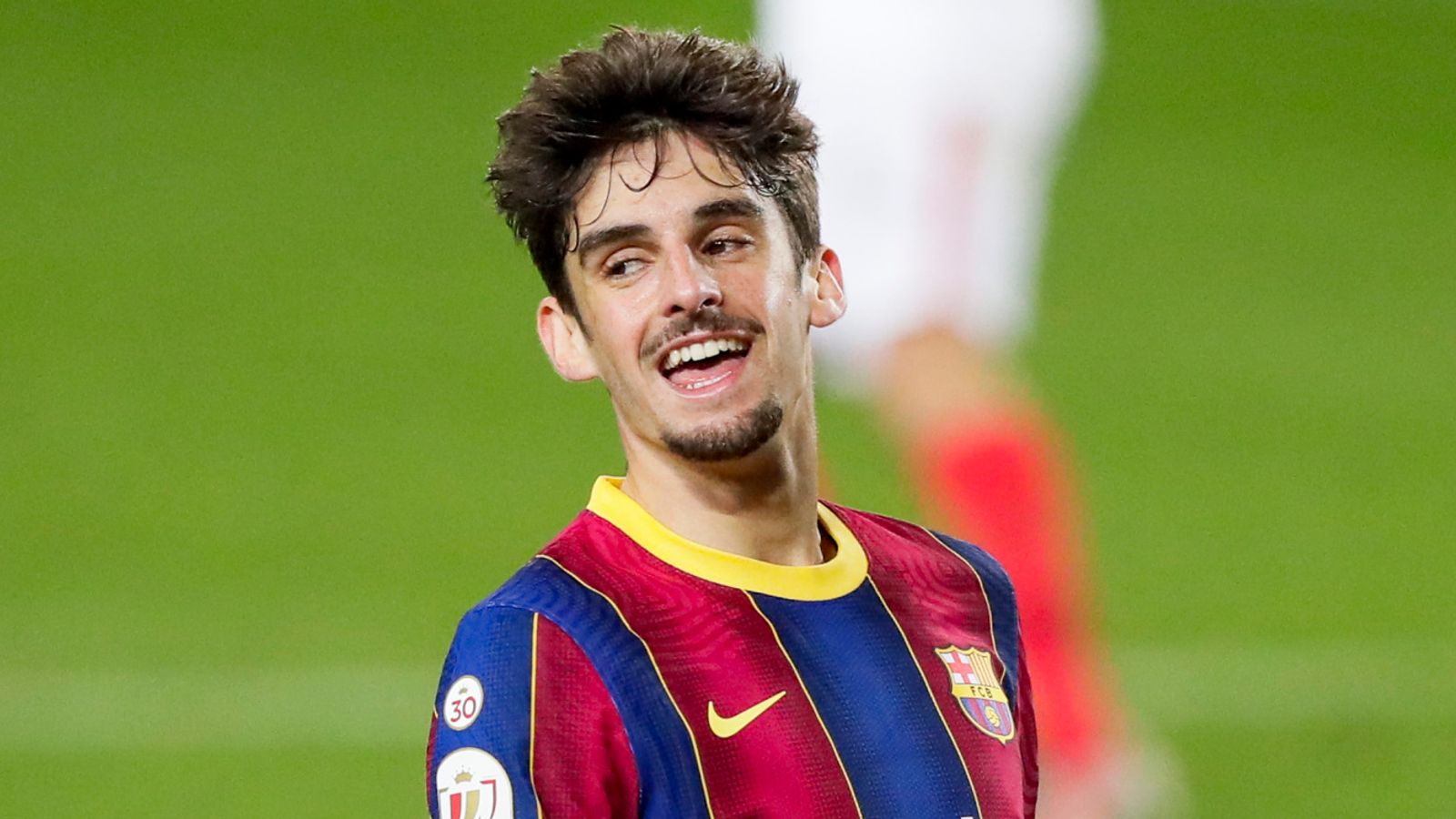 Francisco Trincao, 21, joins Wolves on a season-long loan; the Premier League club have an option to make the move permanent for £25m next summer; Trincao has made 43 appearances for Barcelona, scoring three goals

Wolves have agreed a deal to sign Francisco Trincao on loan from Barcelona until the end of the season.

The Premier League club have an option to buy Trincao for £25m next summer.

The 21-year-old winger joined Barcelona last year for £26.5m and has six caps for Portugal.

“We’ve watched him a lot, especially over the last couple of months, so he’s been on our radar for quite a while,” said Wolves technical director Scott Sellars.

“He’s got loads of quality – signing for Barcelona from Braga shows what potential he’s got. He’s 21 and has played quite a lot of games in La Liga, so we think he’s ready for the Premier League.

“He’s a player who drifts past people and he has a great change of direction when he’s moving with the ball. He has great speed over two or three yards, to change direction and get away from people, can score and create, and is an exciting player.”

Trincao will travel to the UK on Sunday but will need to quarantine before joining the Wolves squad.

The club return to pre-season training on Monday, which will be the first time new head coach Bruno Lage meets the players since taking over from Nuno Espirito Santo.

Trincao has already played with six of his new Wolves team-mates for Portugal.

“We have a large Portuguese contingent, and they look after each other well, but are also integrated in the whole group,” Sellars added.

“They’re really hard-working, with a good mentality, so I’m sure he’ll integrate well and settle in quickly.

“With the manager’s Portuguese background, he knows him and speaks very highly of him, so he’s a player we’re very excited to be bringing to the club.”