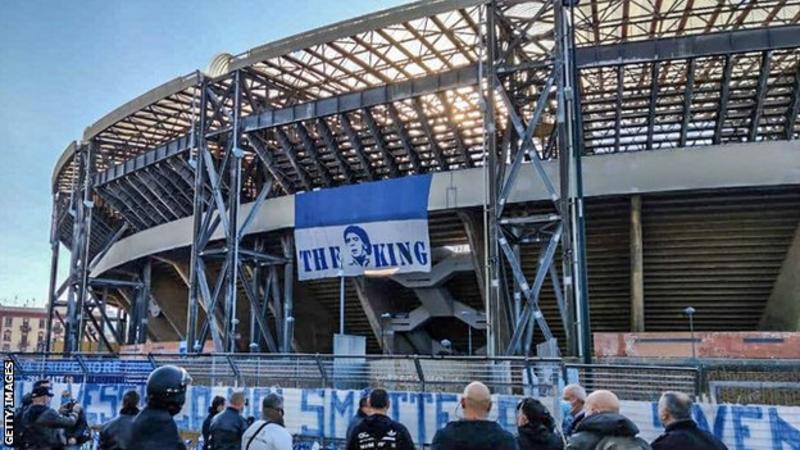 Former Argentina attacking midfielder and manager Maradona, who died aged 60 in November, led the Italian side to two Serie A titles, in 1987 and 1990.

The Stadio San Paolo will now be known as the Stadio Diego Armando Maradona, after the Napoli city council approved the resolution.

Maradona spent seven years at Napoli after joining from Barcelona in 1984, also winning the 1987 Coppa Italia and 1989 Uefa Cup with the Italian club.

Fans gathered at the stadium to pay tribute to him after his death on 25 November and Napoli honoured him before their Europa League match against HNK Rijeka, each player wearing a shirt with ‘Maradona 10’ on the back.

“The resolution was signed by the entire city council,” said the council in a statement.

It added that Maradona was “the greatest footballer of all time” who “with his immense talent and magic honoured the Napoli team shirt for seven years” and “receiving in exchange from the whole city an eternal and unconditional love”.

Maradona made 188 appearances for Napoli, more than he made for any other club in his career, and scored 81 goals.

He represented Argentina in four World Cups and was captain when they won the 1986 title in Mexico.