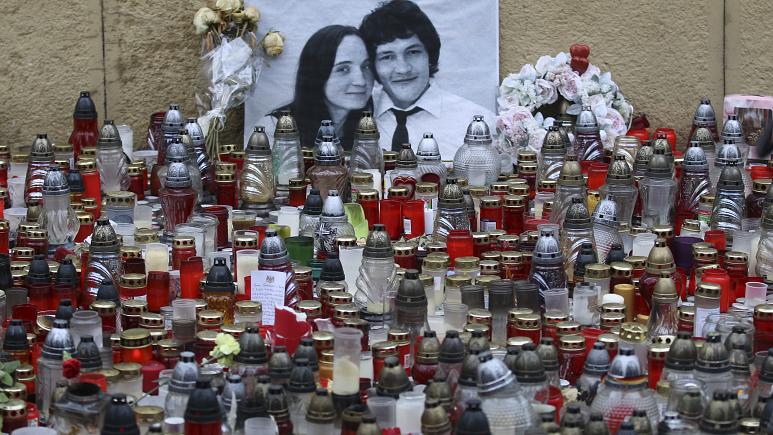 Slovakia’s supreme court has increased the prison sentence of a former soldier convicted of killing an investigative journalist and his fiancee.

Jan Kuciak and Martina Kusnirova were shot dead in February 2018 at their home in Velka Maca, east of Bratislava.

In April, a lower Slovakian court gave Miroslav Marcek a 23-year prison term for the contract killings. But on Wednesday, the Supreme Court of Slovakia increased the sentence to 25 years.

Marcek had pleaded guilty to the fatal shootings but both defence and prosecution had appealed the original prison term. Wednesday’s supreme court verdict cannot be appealed.

“The Supreme Court … annulled the decision of the Specialized Criminal Court in the part of the sentence on punishment and ruled itself by imposing a total of 25 years’ imprisonment on the accused Miroslav M.,” a spokesperson told Euronews.

“The Board of Appeal dismissed the appellants’ appeal as unfounded. No further ordinary appeal is against this decision of the Supreme Court.”

In September a Slovakian court acquitted businessman Marian Kočner, who was accused of masterminding the murders, and one of his co-defendants, Alena Zsuzsová, of involvement in the killings.

Prosecutors have appealed the verdicts but the Supreme Court is yet to rule further.

Two other defendants have been sentenced for the killings. Tomáš Szabó, who was accused of being at the murder scene and driving the getaway vehicle, was convicted and sentenced to 25 years in prison. Another suspect, who had acted as a go-between, agreed to cooperate with prosecutors in exchange for a lesser sentence and received a 15-year prison term in December.

Jan Kuciak had been investigating the business dealings of Kočner as well as the alleged ties between the Italian mafia and Slovakia’s government.

The killings prompted major street protests and a political crisis that led to the coalition government’s collapse and the dismissal of the national police chief.

Pavol Szalai, a former Slovak journalist and the head of the EU/Balkans desk at Reporters Without Borders, told Euronews in September the murders had “sparked a renaissance of civil society“.

“The murder of Jan Kuciak has shaped a new generation of Slovaks, the way they see democracy and how, according to them, it has to be protected.”