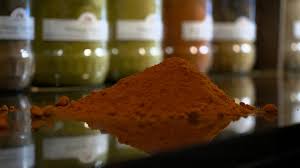 Spices are among the oldest food products in the world and still enjoy great popularity today. But how can we be sure of their quality and authenticity? With serious money to be made, counterfeiters are often attempting to fradulently pass off inferior products as the genuine article.

To find out more about how fraud in this arena can be identified and stopped, we went to Belgium to meet a spice trader – and also to see scientists working at the Joint Research Centre’s Fraud Detection Unit.

Herbs and spices are the daily business of Alexandre Veuve; he is the manager of the prestigious spice specialist and gourmet grocery store Le Tour Du Monde En Epices in Waterloo, south of Brussels.

As an expert in the sector, he always guarantees that the products he sells are of the highest quality:

However, he knows only too well that fraud is a common risk in this market:

“There is generally fraud on quite expensive spices, for example saffron. This is a spice that is worth as much as gold, so obviously there are a lot of scams involving it.

“Powders are also the target of fraud because they can be more easily falsified.

“That’s why we make our own powders; we buy the spices whole and then we create them ourselves.”

“There is ofen fraud on quite expensive spices – for example, saffron. This is a spice that is worth as much as gold, so obviously there are a lot of scams involving it.”Euronews

One of the facilities of the European Commission’s Joint Research Centre in Geel in Belgium hosts the European Food Fraud Detection and Prevention Unit. Here, teams of scientists analyse samples of spices imported to Europe using state-of-the-art technologies, in some cases using methods similar to those used for police investigations.

One of the most powerful tools at their disposal is DNA analysis. The genetic map of the spice can indicate whether or not there are foreign biological elements present.

The most common types of fraud are the use of less expensive plants, or the addition of dyes to make the spice appear more attractive or authentic.

Antoon Lievens, a Molecular Biologist at the Unit, says saffron is a good example of where fraud is regularly attempted:

“We’ve found one or two samples that were not saffron at all and the sequencing analysis has shown that it was safflower that has been sold as saffron.

“Another exemple is curcuma (turmeric). We’ve found a sample that was not curcuma, but actually paprika powder that had been dyed or coloured to look like curcuma.”

The detection of fraud is based on a set of investigative protocols, each of which unveils a part of the puzzle. Spectroscopy is one powerful method; it doesn’t require special sample preparation and allows a rapid result through the examination of the samples molecules by a laser beam.

Jone Omar, an Analytical Chemist at the Fraud Detection and Prevention Unit, says this is a foolproof method:

“Spectroscopy is basically based on a ray of light touching the sample, which makes the molecules vibrate and we then obtain a light spectrum readout of the vibration of those molecules.

“So when we focus on a pure food, we have a pure spectrum for it.

“When we spot an adulteration, the spectrum of the vibration of the molecule bands is different.”

This x-ray fluorescence technique, which is also used for non-invasive analysis of artworks to establish authenticity or otherwise, reveals whether or not inorganic materials – such as sand or clay – are present in the plant sample.

Chemical tests such as liquid chromatography and tandem mass spectrometry allow, through the separation of the molecules, the establishment of whether or not there are traces of external dyes present.

These same techniques are also used to create chemical fingerprints of spices, which can then provide even more in-depth information about the nature of the sample.

If the adulteration is confirmed, certain measures can then be taken.

“One of the further measures could be that you send inspectors to check the company, to look into the books, to (examine) transportation papers, establishing a chain of traceability, to trace it back to the origin.”

The spice production and distribution supply chain is spread between different countries and this makes controls more complicated.

In a growing market of global scale, the use of these techniques is key to certifying the quality of the product.