Home > Asia > India reported one suicide every hour due to joblessness, poverty or bankruptcy in 2019

India reported one suicide every hour due to joblessness, poverty or bankruptcy in 2019 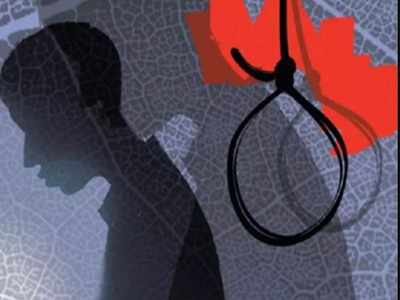 BENGALURU: Eight per cent of the more than 1.3 lakh suicides reported in India last year were due to unemployment, poverty and bankruptcy/indebtedness collectively. Suicides due to each of these causes saw an increase from 2018, and together, they saw at least 1 death by suicide each hour in 2019.
A total of 11,268 suicides were reported due to these causes, of which bankruptcy/indebtedness accounted for 52% of such deaths. More than 2,800 people died due to joblessness, while another 2,509 of them had died due to poverty.
These findings were part of the National Crime Records Bureau (NCRB) report for 2019 released earlier this week, which comes at a time India stares at a massive unemployment and reduction of income this year (2020).
Compared to 2018, suicides due to unemployment only saw a marginal increase of 4%, but those due to poverty jumped by over 100% and bankruptcy-related suicides saw a spike of nearly 200%.
Multiple psychiatrists TOI spoke with said that both the haves and havenots get affected by financial uncertainty, especially if they have families. They said that in many cases, those who lived a decent life and are now deprived of the same appear less capable of coping with such uncertainty.
“Aside from social stigma and ignorance preventing them from seeking treatment, in most cases the individual, severely depressed, cannot even afford treatment, even which can add to their stress,” one of them said.
Overall, family problems yet again emerged as the top reason for suicide nationally, accounting for 34.4% of all deaths. This was followed by illness (17%), while unknown reasons make up for 10% of the cases.
Accounting for a fifth of all deaths by suicide due to joblessness, Karnataka has reported the highest number of such deaths in 2019, followed by Maharashtra. SuicideRead More – Source