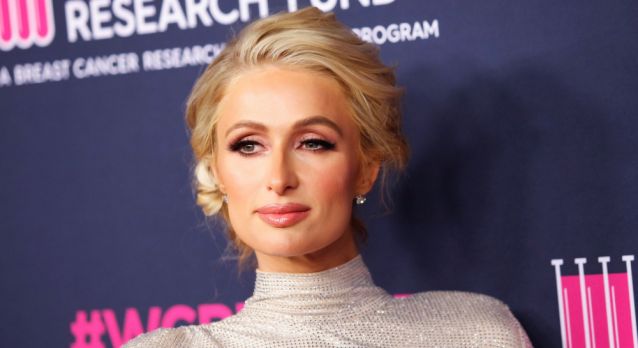 They are two of the most famous women on the planet – and have been close friends for years.

Now, Paris Hilton has revealed that Kim Kardashian encouraged her to freeze her eggs in order to fulfil her dreams of motherhood.

Speaking in a new interview with The Sunday Times, the reality TV star, 39, said that she had been “inspired” by the mother-of-four, who previously worked as her personal stylist, after an “amazing conversation”.

The businesswoman and DJ – who is currently dating tech entrepreneur Carter Reum – explained that she had taken “control” of her fertility to remove the pressure of marriage.

Hilton – who is the great-granddaughter of Conrad Hilton, the founder of Hilton Hotels – revealed that she had frozen her eggs a few years ago.

The socialite, who rose to fame on TV show The Simple Life alongside Nicole Richie, said: “I had a really amazing conversation with Kim [Kardashian] about it.

“She introduced me to her doctor, and I was so inspired by her to actually do it.

“I think every woman should do it because you can really control it and not have that Oh my God, I need to get married.”

The star told the publication that she plans to stop her lucrative appearances as a DJ in Ibiza, and reduce travelling so she can focus on starting a family.

Hilton revealed in the interview, to promote her upcoming documentary This Is Paris, that she wants a little girl first so she can dress her up as a “mini-me”.

While she is yet to become engaged to her boyfriend, who she has been with since November, Hilton would like an intimate nuptials rather than the “Cinderella wedding” she had once envisaged.

The star also opened up about the physical and mental abuse she endured as a teenager at Provo Canyon School, a correctional institute for troubled children in Utah.

Hiltons revelation about taking advice from Kardashian comes as the Keeping Up With The Kardashians star has extensively covered her own journey to having kids on her TV show.

Kanye Wests wife, 39, had made preparations to have her eggs frozen before having her eldest two children, daughter North and son Saint.

Due to medical complications with both births, she then turned to a surrogate to welcome daughter Chicago and son Psalm.

In April, it was announced that women in the UK who had chosen to freeze their eggs now had the option to extend their storage for an additional two years.

New government guidelines stated that they now have 12 – rather than 10 – years to decide whether they would like to use them for fertility treatment or have them destroyed.

The move was intended to help those who had frozen their eggs and were coming towards the end of the storage limit, and whose plans to start a family have been delayed due to the coronavirus pandemic.