Home > Asia > Troops have disengaged in most localities, claims China

Troops have disengaged in most localities, claims China 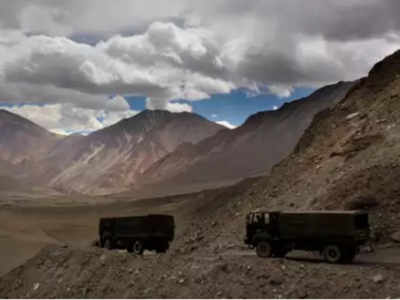 NEW DELHI: Even as doubts remain about Chinese withdrawal along the LAC in Ladakh, with the process stuck in the Pangong Tso area, Beijing claimed on Tuesday that troops had disengaged in “most localities” and that the situation on the ground was easing.
India had in the last round of diplomatic talks on stressed the need for early and complete disengagement along the LAC and de-escalation in border areas. China had claimed “positive progress” in the talks. There has been vacation of friction zones and thinning in Galwan Valley. The spurs along Pangong lake and Depsang area remain contested.
Fifth round of Commander-level talks planned
As border troops have disengaged in most localities, the situation on the ground is de-escalating and the temperature is coming down,” Chinese foreign ministry spokesperson Wang Wenbin said in Beijing. There was no immediate reaction from MEA to the Chinese claim. An agency report from Beijing quoted government sources to say India had denied it.
The Chinese assertion came in response to a query from Global Times based on media reports and information received Read More – Source