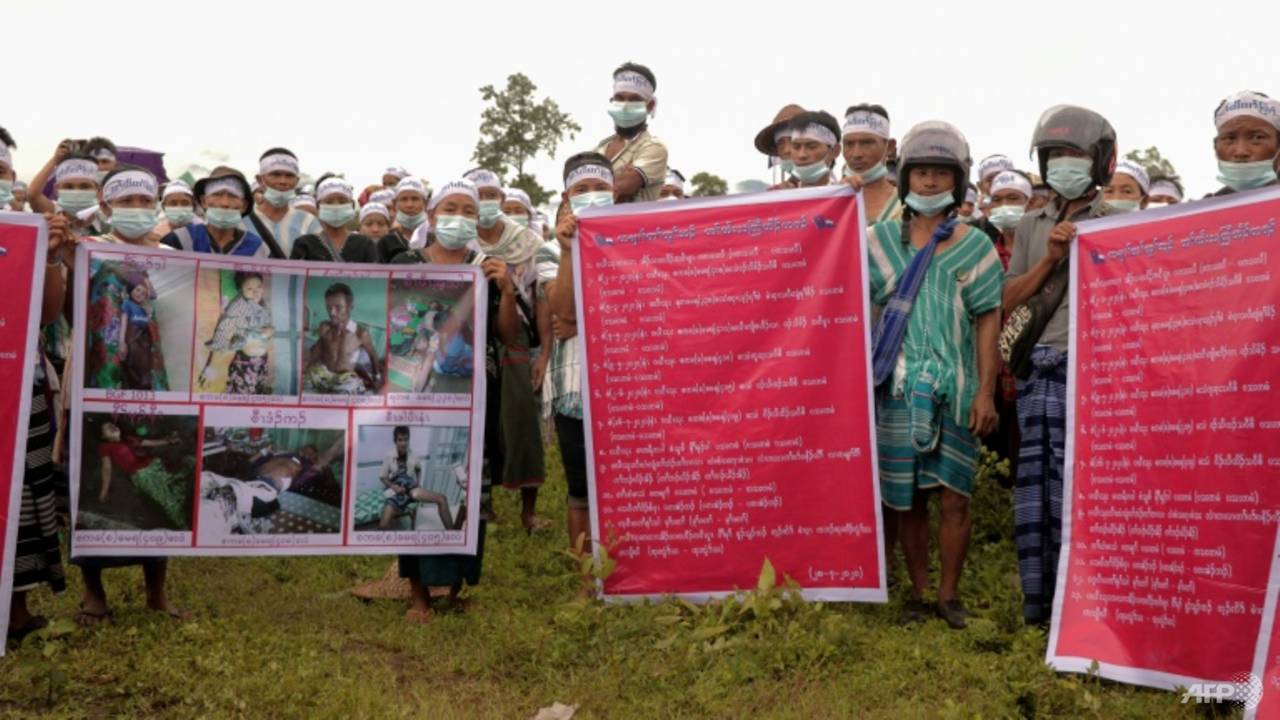 HPA-AN: Myanmar: Several thousand protesters marched in southeast Myanmar on Tuesday (Jul 28) to demand the military's withdrawal from the area and an end to rights abuses after soldiers allegedly killed an unarmed woman from the Karen ethnic group.

In a rare acknowledgement of wrongdoing, the military confirmed that two soldiers had been arrested for the shooting of Naw Mu Naw, 40, and robbery of her gold jewellery in Dwe Lo township in Karen state on July 16.

But the killing has reignited anger in a state that has for decades been the scene of a bloody civil war between the military and ethnic Karen militants.

Naw Mu Naw's murder sparked a wave of protests over the last two weeks, but Tuesday's was by far the biggest.

An estimated 5,000 people turned out — many dressed in traditional clothes and waving the Karen blue, white and red flag as they marched to state capital Hpa-an.

"We demand the military withdraw because we're worried we might also be shot and killed," said 57-year-old Khwe Ni.

Karen National Union (KNU) rebels signed a ceasefire in 2012 with the military after more than 60 years of fighting, one of a number of groups to join the country's now flagging peace process.

Unrest has flared up again in a state divided into two parallel jurisdictions, one centrally run and one under governance of the KNU, which collects taxes and runs local police, schools and healthcare.