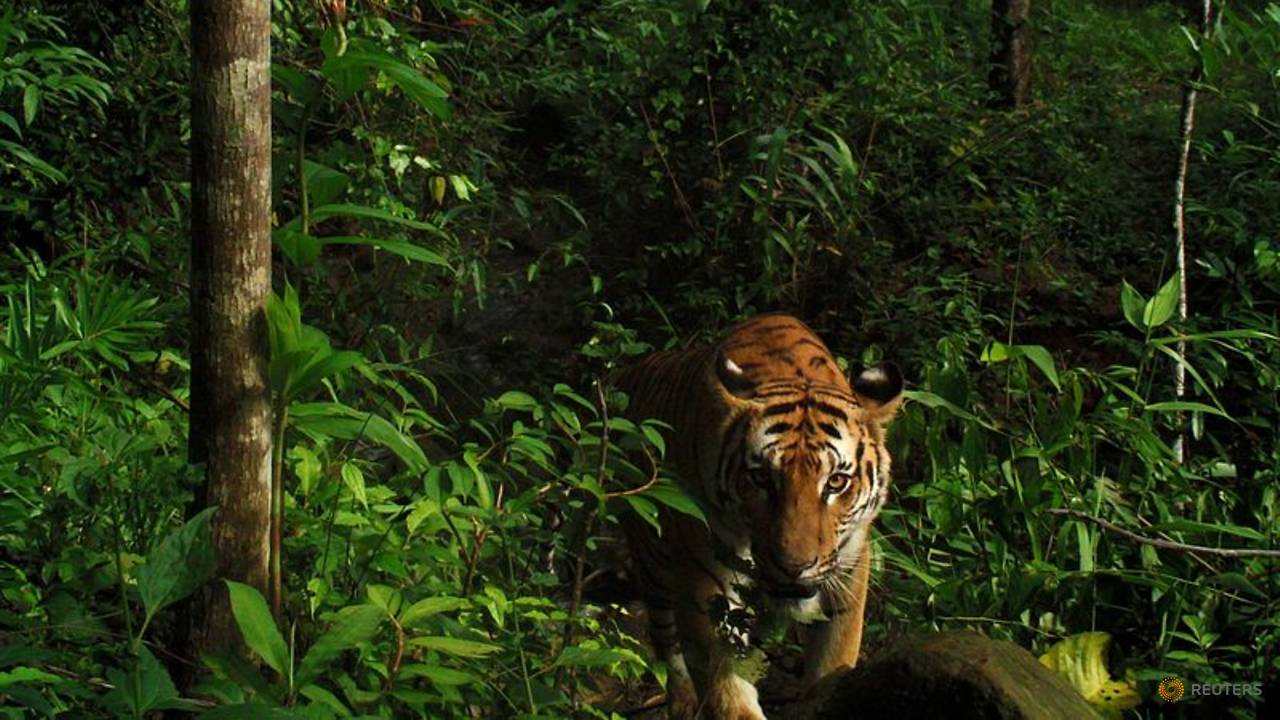 BANGKOK: Camera traps in a forest in western Thailand have captured footage of tigers in an area for the first time in four years, a conservationist said, raising hopes over efforts to preserve the species in the Southeast Asian country.

The video and photographs show three male tigers roaming at night, including at one point peering directly into one of the camera traps.

"We are excited about this discovery," Kritsana Kaewplang, country director for conservation group Panthera in Thailand, said of the footage which was released on Global Tiger Day.

There are estimated to about 160 Indochinese tigers left in the wild in Thailand. They are also found in Myanmar, Laos, Vietnam, Cambodia and southwestern China. The total population may only be around 350, according to the World Wildlife Fund.

Globally there are estimated to be only about 3,900 tigers left in the wild, including the larger Bengal and Siberian tigers.

Kritsana, who has been working with Thailand's Department of National Parks, Wildlife and Plant Conservation and other organisations, said the sightings mean Thailand is on the right track trying to preserve tigers and their prey.

"The next important step for us is that wRead More – Source