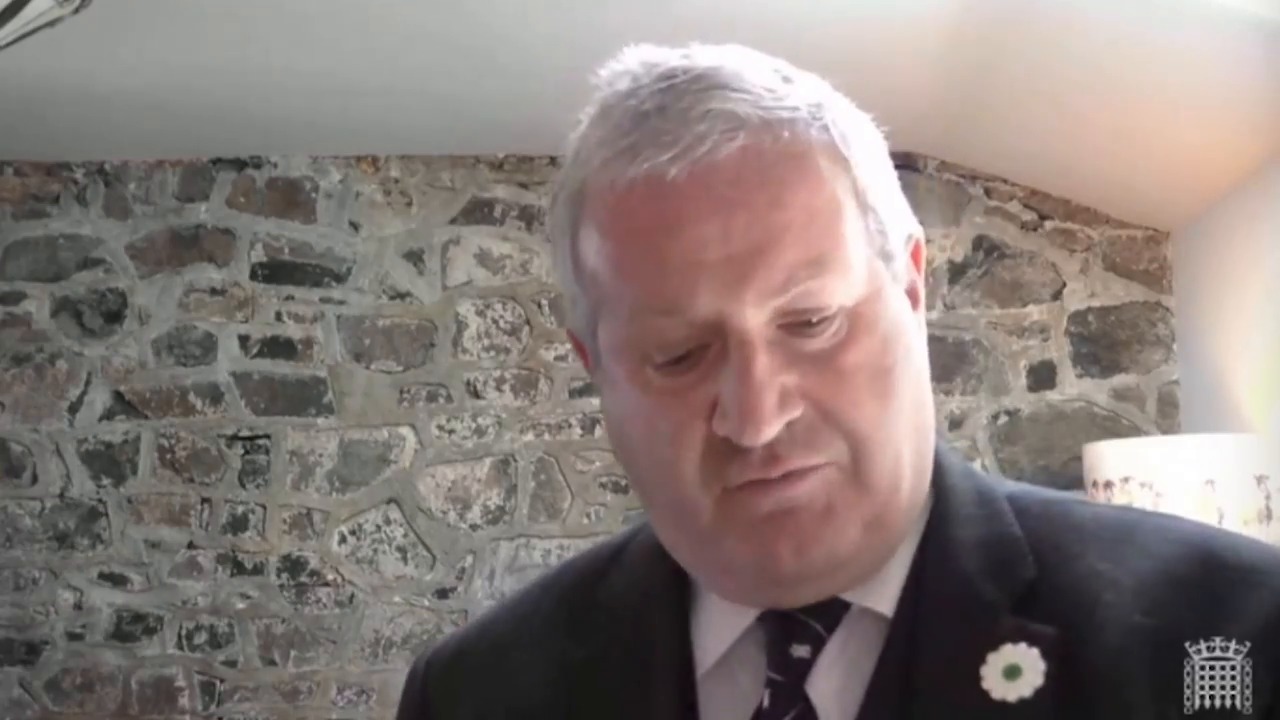 THE SNP’s Ian Blackford suffered an intense grilling from BBC Breakfast host Naga Munchetty as the Scottish politician insisted Rishi Sunak should have extended the furlough scheme but was forced to clarify how his party would pay for it.

The SNP Westminster leader criticised Chancellor Rishi Sunak’s latest announcement to the nation as he claimed the Government should have extended the furlough scheme beyond October. Ian Blackford told BBC Breakfast host Naga Munchetty his party would have sought to delay the end of the support schemes, but when asked how he would pay for it, he said: “There are a lot of things we could be doing, we could be stepping up houses isolation in a much more meaningful way.

“There are lots of things that we know we can do, that would be labour intensive and would get people back to work.

“But let’s make sure this Government is taking that responsibility working with the private sector to ensure that we have that transition towards that fairer and greener economy.”

Unsatisfied with his answer, the BBC host insisted: “I asked you about who would be taxed and when that would kick in, those rises in taxes would kick in.”

He replied: “You would have in the first place recognise that there has to be an increase in the short term in order to create the circumstances that you’re going to generate increased tax revenue because you’ve got stronger growth.”

It comes after Chancellor Rishi Sunak announced a sweeping package of measures on Wednesday including giving firms which have furloughed staff a £1,000 bonus to keep workers in jobs.

While warning that “hardship lies ahead”, he insisted no-one will be left “without hope”, as he revealed plans to cut stamp duty, slash VAT on food, accommodation and attractions to 5 percent and give diners a discount to support pubs and restaurants.

Speaking in the Commons Mr Sunak said his plan would help protect livelihoods after the economy contracted by 25 percent in just two months.

The Institute for Fiscal Studies will give its initial analysis of the summer economic update on Thursday.

On Thursday, Mr Sunak has said jobs are at risk unless economic activity returns to normal.

He told Sky News: “We’ve moved through the acute phase of the crisis where large swathes of the economy were closed. We’re now fortunately able to safely reopen parts of our economy, that’s the most important thing that we can do to get things going.

“But we won’t know the exact shape of that recovery for a little while – how will people respond to the new freedoms of being able to go out and about again. We have to rediscover behaviours that we’ve essentially unlearned over the last few months.

“But unless activity returns to normal, those jobs are at risk of going which is why we acted in the way that we did.”

Shadow chancellor Anneliese Dodds said Rishi Sunak has given “a lot of excuses” for not expanding economic recovery schemes to support more people.

She told BBC Breakfast: “Two things need to change, first of all we shouldn’t still be having this ‘computer says no’ response from the Chancellor.

“Whenever these matters have been raised he said there is a need for speed when the different systems were set up, the furlough scheme and the self-employed scheme, that you can’t possibly include everyone at the beginning and he repeated that again yesterday.

“I’ve said to him and Labour said back to him that these systems have been created now, there is more scope in the system to be fitting them to people’s circumstances.”

She added: “It’s a complicated area but it’s not beyond the wit of man to sort out solutions to this.”