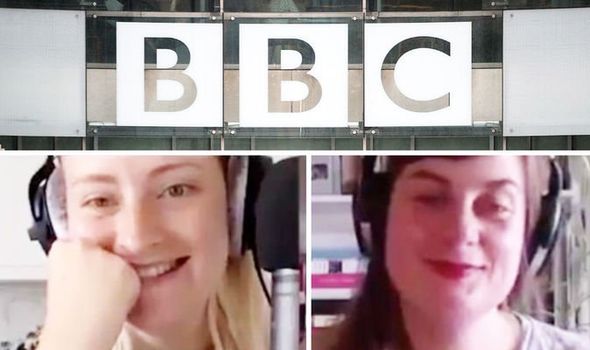 A TORY MP has cancelled his TV licence after the BBC sparked outrage following the release of a recent podcast.

Mansfield MP Ben Bradley announced the cancellation of his licence fee following an edition of the No Country for Young Women podcast. During the episode, host Sadia Azmat asked, How can white women not be Karens? A Karen is a term used to describe middle-class white women who display a sense of entitlement.

Dr Charlotte Riley, a historian and Amelia Dimoldenberg who hosts a Youtube Show and contributes to left-leaning news website Vice both appeared as guests on the BBC Sounds podcast.

During the show, the two guests were asked on the matter and insisted there should be a greater pursuit of education into the history of white women and white privilege.

The Youtube presenter insisted white women should attempt to support and uplift voices of those from an ethnic minority rather than shouting over them.

She said: “Dont be so loud.

“Stop shouting and stop attacking black voices, instead you should be uplifting them.”

After witnessing the video, Mr Bradley revealed he would be cancelling his subscription while also highlighting the BBCs recent cutbacks.

He said: “BBC spending £100million on diversity and this junk (which honestly is racist! Would not be acceptable the other way around!) whilst at the same time ditching regional news in order to save £25million.

“I dont need to pay for this.”

Neil OBrien, MP for Harborough, Oadby and Wigston, tweeted: “The BBC just slashed regional news so it can fund this kind of racist drivel to try to get down with the kids.”

Mr Bradley had referenced a recent announcement from the broadcaster to cut 450 jobs in its English regional news channels.

The cuts will hit TV and online news, local radio and current affairs across the regions.

This month, the BBC said seven of 20 presenters would be cut on the 6.30pm regional TV bulletins.

It is hoped the regional cuts could save £25million by 2022 for the BBC.

Due to the coronavirus pandemic, the BBC has also claimed it needs to save £125million this year due to the virus.

The broadcaster had also made 450 cuts before the move was put on hold in March.

The cut back comes as the BBC scraps the free over-75 TV licence.

Pensioners across the country face losing the licence when it comes into force on August 1.

The decision had been made following negotiations with Government in 2015 where it was agreed the BBC would shoulder the cost of the free licence from this year.

Age UK director Caroline Abrahams said: “The over-75s in our society have been through a torrid time because of the pandemic, and we all know it’s not over yet.

“As people in late old age are at the greatest risk of becoming seriously ill or dying if they contract it, this means our over-75s are going to have to be cautious and stay safe at home as much as they reasonably can.

“TV is extremely important to many older people at the happiest of times but it has taken on a whole new meaning at this time of danger and crisis, when access to authoritative information matters so much.”

The clip and tweet have now been removed from social media.

A statement from the BBC concerning the podcast read: “These comments were not part of the podcast and featured only in a short social media clip.

“The episode itself is an in-depth and broad discussion on racism, class, feminism and stereotypes.”