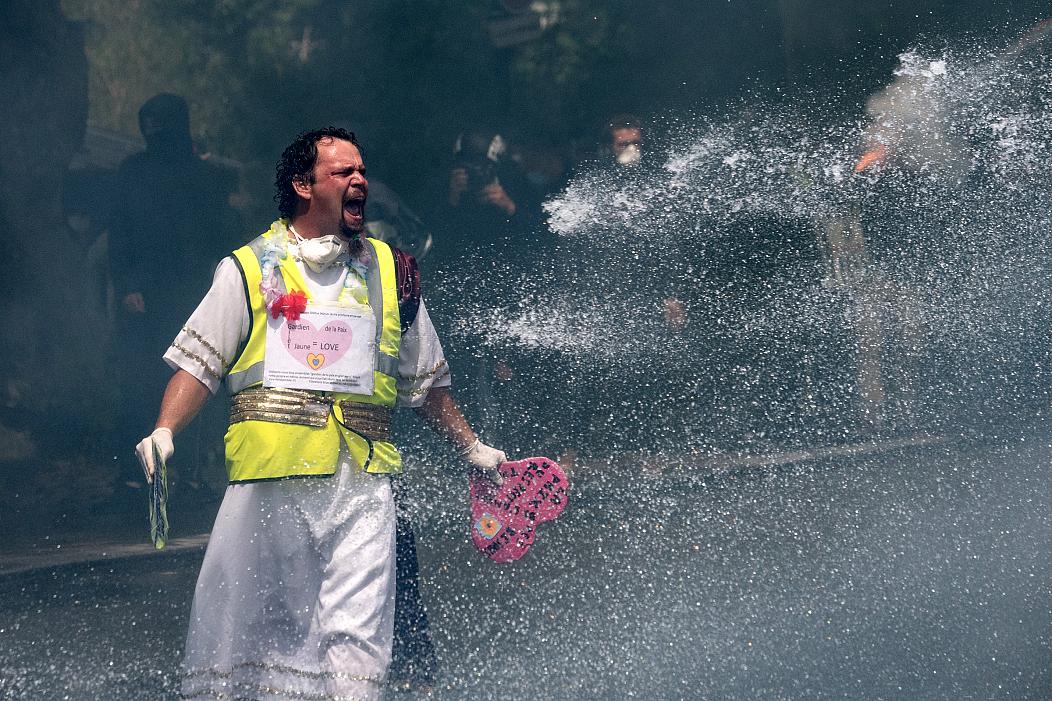 Fighting for the lives of others and for better pay. The nationwide strike of French health workers ended with violence in several cities, sparking a wide online debate.

The video of an arrest a woman believed to be a health worker has become the focus for many involved in the debate, with some appalled at the treatment and others saying police were provoked by her behaviour, which included throwing a projectile. She said in one of the circulating videos that her name is Farida.

Using the tag #LiberezFarida, a journalist from French broadcaster France24 has been leading the charge as the woman is purportedly her mother. And on Wednesday afternoon she was indeed liberated.

She is set to appear in court in September, according to the Paris prosecutor’s office.

The woman admitted she threw stones at police but said her problem was with the French state and not officers, a source close to the case told AFP news agency.

The source said the nurse had worked long hours during the height of the pandemic and seen the death of 20 patients from the disease.

Farida certainly exemplifies the unsettling spectacle of one of the nation’s health worker heroines becoming the subject of a fairly forceful arrest. And political parties were not shy in using the example to maintain the narrative of brutality.

The founder of La France Insoumise party Jean-Luc Mélenchon wasted no time in condemning the arrest. The police responded by saying the woman was attacking police and showing images prior to the arrest.

Police and protesters also clashed in the city of Nantes in northwestern France, where health workers were seen arguing with another group of protesters who were covering their faces.

The strike’s organisers, whose aims are better pay and investment into the country’s public health system, denounced the violence.