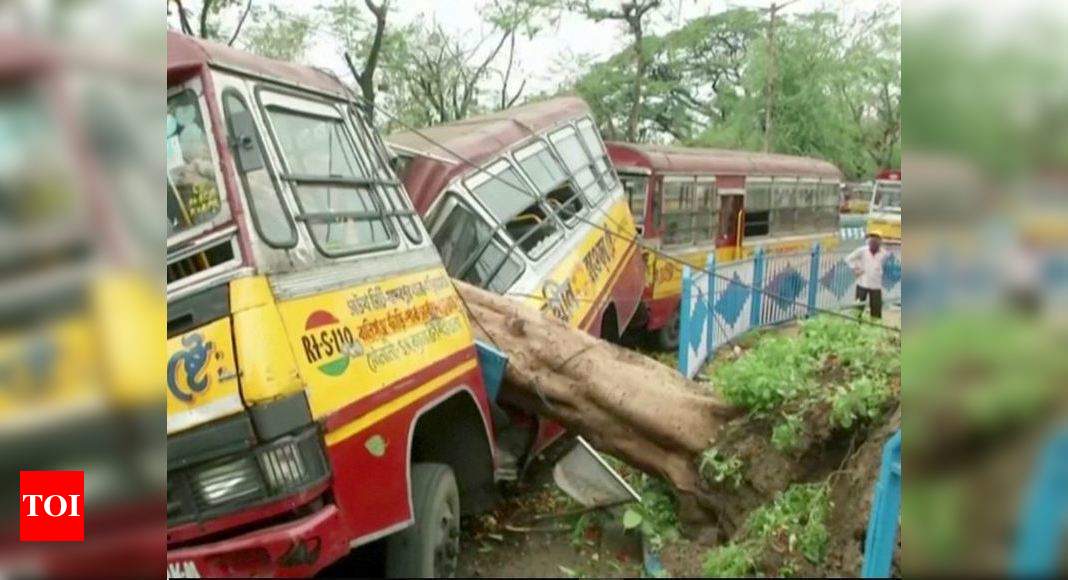 KOLKATA: West Bengal Chief Minister Mamata Banerjee on Friday expressed her gratitude to President Ram Nath Kovind for personally calling her to convey support amid the crisis in the state due to cyclone Amphan.
Taking to Twitter, Banerjee wrote, "I sincerely thank the President Ram Nath Kovind Ji, for personally calling me to convey his support and concerns for the people of Bengal in this unprecedented time of crisis because of Amphan Cyclone. We are extremely grateful."

Meanwhile, Prime Minister Narendra Modi on Friday conducted an aerial survey of areas affected by cyclone Amphan in West Bengal.
The Prime Minister was accompanied by Mamata Banerjee. The senior leaders were seen wearing masks and covering their faces as a precautionary measure against COVID-19.
Moreover, Banerjee was seen briefing the Prime Minister about the situation in the state. They discussed aspects of relief and rehabilitation in viewRead More – Source