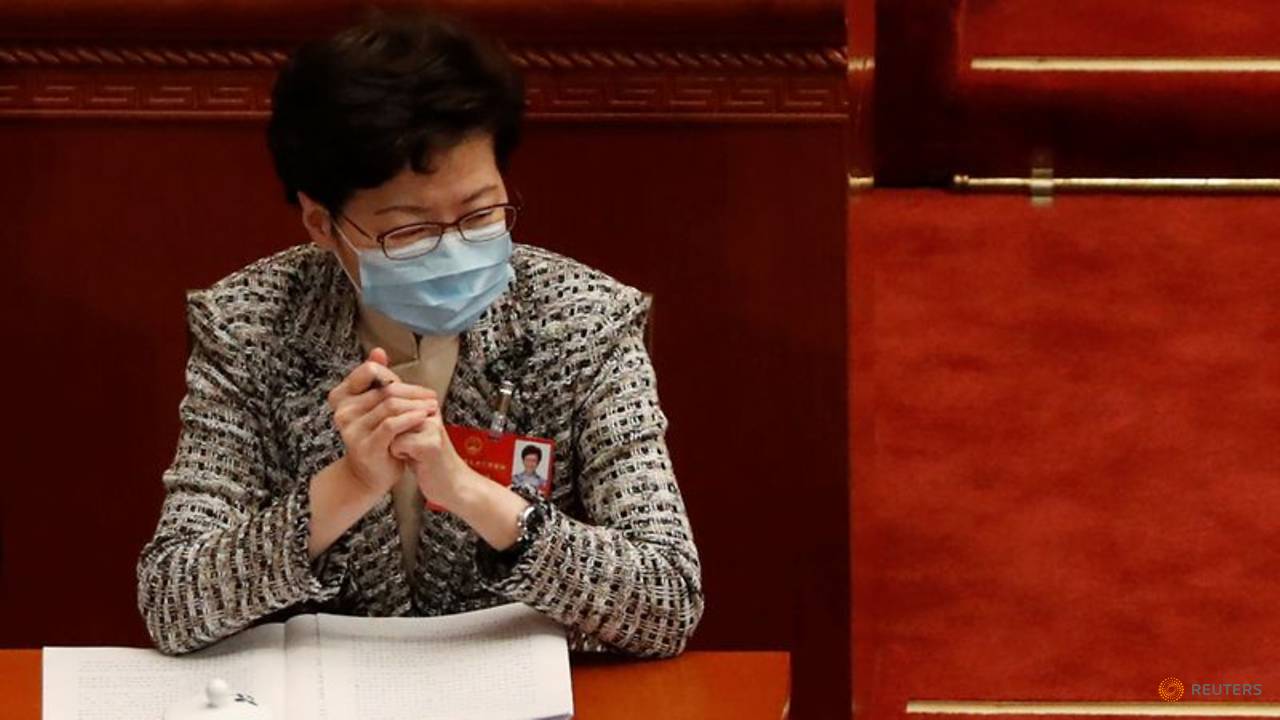 HONG KONG: Hong Kong's government said on Friday (May 22) that plans by Beijing to impose national security legislation on the city would not affect its judicial independence or that of its legal entities.

Hong Kong's chief executive Carrie Lam said the city would "fully cooperate" with Beijing over a national security law for the semi-autonomous territory, after lawmakers introduced a draft proposal at the National People's Congress.

She said in a statement that the Hong Kong government will "complete the legislation as soon as possible to discharge its responsibility of safeguarding national security".

"The decision and the enactment of the national law will be able to establish and improve the legal framework and enforcement mechanisms for the (Hong Kong Special Administrative Region) to safeguard national security," she said.

"They will not affect the legitimate rights and freedoms enjoyed by Hong Kong residents under the law, or the independent judicial power, including that of final adjudication, exercised by the judiciary in Hong Kong."

She said: "The HKSAR Government noted that the decision only targets acts of secession, subverting state power and organising and carrying out terrorist activities, as well as activities interfering with the HKSAR's internal affairs by foreign or external forces.

"These are exactly the situations which the political and business sectors in Hong Kong and members of the public have been worrying about over the past year."

The Hong Kong government faced an "increasingly serious situation" with respect to national security, she said, and noted the difficulties authorities faced in completing their own legislation for safeguarding national security.

"The HKSAR Government supports the (National People's Congress') deliberation of the decision to establish and improve at the national level the legal system and enforcement mechanisms for the HKSAR to safeguard national security," she said.