Time to break the Franco-German stranglehold

PRAGUE — The European Union has failed Eastern and Central Europe.

When eight former Soviet Bloc countries — including my own, the Czech Republic — joined the bloc on May 1, 2004, it was an occasion we had dreamed about for years.

It was a turning point we believed would guarantee a future of freedom, democracy and equality. We felt elated. We had finally arrived on the international stage. We had joined the big boys and could finally take part in plotting the Continents path.

In the 15 years that followed, weve been sorely let down. Even today, our hope for an equal seat at the table remains elusive. The EUs geographical footprint may have expanded eastward, but the blocs political center of gravity has remained stubbornly the same: somewhere between Paris and Berlin.

Its not hard to see the stranglehold that older and large member states keep on the EUs most powerful institutions. Just take a look at who occupies the top jobs in the European Commission, the Parliament and the Council.

Even the single market, which is supposed to ensure a fair application of market rules across the bloc, does not deliver.

To put it bluntly, if your country is small, from Europes east or south, and is not one of the founding member states, you are unlikely to count for much. If you are a German lawyer, on the other hand, your prospects are considerably improved. Indeed, you may not even need to bother with a selection process.

The lead candidates put forward by the biggest political groups in the race to lead the European Commission — Manfred Weber, for the European Peoples Party, and the Dutchman Frans Timmermans for the Socialists, for example — make it clear how much the old guard likes to keep things in house.

Even the so-called potential compromise candidate, Michel Barnier, is a Frenchman and a favorite among Western European officials.

This power imbalance is one of the main reasons I decided to stand as the candidate for the European Conservatives and Reformists. 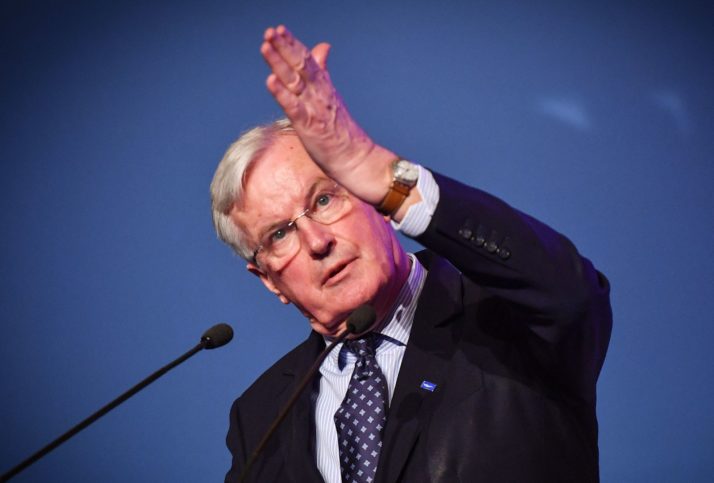 I recognize, of course, that former Eastern Bloc countries like mine have benefited in many ways from EU membership. It would be foolish to pretend otherwise.

But have we been treated as equal partners? Sadly, no.

A number of European policies are skewed against us. In the Baltic states, farmers are heavily underpaid in their subsidies compared with their Western counterparts. This puts them at a competitive disadvantage and means that you wont find any of their products in Western supermarkets, as their export potential has been killed.

Even the single market, which is supposed to ensure a fair application of market rules across the bloc, does not deliver. The recent Mobility Package discriminates against the ability of countries such as Bulgaria and Romania to deliver their services. Western member states have effectively imposed a protectionist scheme to keep out unwelcome competition.

Countries such as Poland and Hungary have also become the target for politically motivated attacks — mostly from the left. Matters that ought to remain the business of national governments have become political weapons in the hands of overzealous MEPs and overreaching officials.

Older and bigger EU countries pay lip service to fairness and solidarity. But they really just want to rule the roost — just like they did when they all had empires.

We cant expect the old boys club to give up the privileges it has so assiduously protected so far without a fight.

Newer and smaller members are welcome just so long as they dont rock the boat or try to break the mold. The unspoken attitude is: “Welcome to the club. Heres some money for access to your markets. Now sit in the corner and behave yourself.”

Essentially — to paraphrase George Orwells “Animal Farm” — all EU member states are equal, but some are more equal than others.

This deep-rooted bias has to be tackled head on. We cant expect the old boys club to give up the privileges it has so assiduously protected so far without a fight.

Fortunately, there are ways to address the problem. A rotating presidency of the Commission — similar to the one we now have in place for the Council of the EU — woRead More – Source